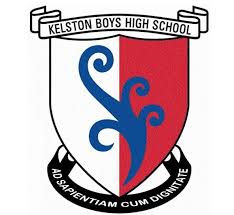 Today I had an amazing experience at Kelston Boys High School in Auckland. I was asked to speak to two classes of year 13 boys about the awesomeness of reading. I started with my pepeha – “Tuhituhia te kite, kia marama rawa ki nga papa …” and I saw one of the boys sit up and take extra notice. He was wearing a taonga around his neck and I assumed he’s Maori. I immediately felt a connection with him just through saying my pepeha and I could feel that he respected and appreciated it. At the end of my talk he jumped up and led the others in a haka, the first time I’ve faced a haka, and man it was awesome! I wanted to film it but it felt like I needed to just stand there and absorb it and receive it fully. After the haka the teacher of the class began to give the boys some notices and I went to speak with the Librarian. But I had a strong feeling that me and that young man would meet and as soon as his teacher finished talking he walked to me and I walked to him. It was like a magnetic force that just took us to each other, without words, straight to a hongi. It was a pretty cool feeling to be connected to someone through our spirits (wairua). Maori culture is so powerful and beautiful man!