It’s Tongan Language Week and I want to share with you a little about one of Tonga’s favourite heroes  – Queen Salote. And how there are young people around us showing the same qualities Salote did … every day.

Queen Salote is one of the most beloved leaders the Pacific has known. She was born Salote Mafile’o Pilolevu on 13 March, 1900. Her father was King George Tupou II and her mother was Lavinia Veiongo, a descendant of the last Tu’i Tonga. Lavinia was very sick and died when Salote was just a child.

In 1910, Salote went to Auckland for primary schooling and in 1913, she enrolled at Diocesan School for Girls. Her name on the enrolment form was recorded as “Charlotte Mafileo, Princess of Tonga. Father’s occupation: King of Tonga.” Salote enjoyed history and English but refused to do some of the PE exercises because she didn’t think they were respectful for a princess to do! On weeknights she boarded at the school. On some weekends and in the holidays she stayed at the homes of her palangi school friends. Sometimes these families took her out to see plays, the orchestra and other types of entertainment. 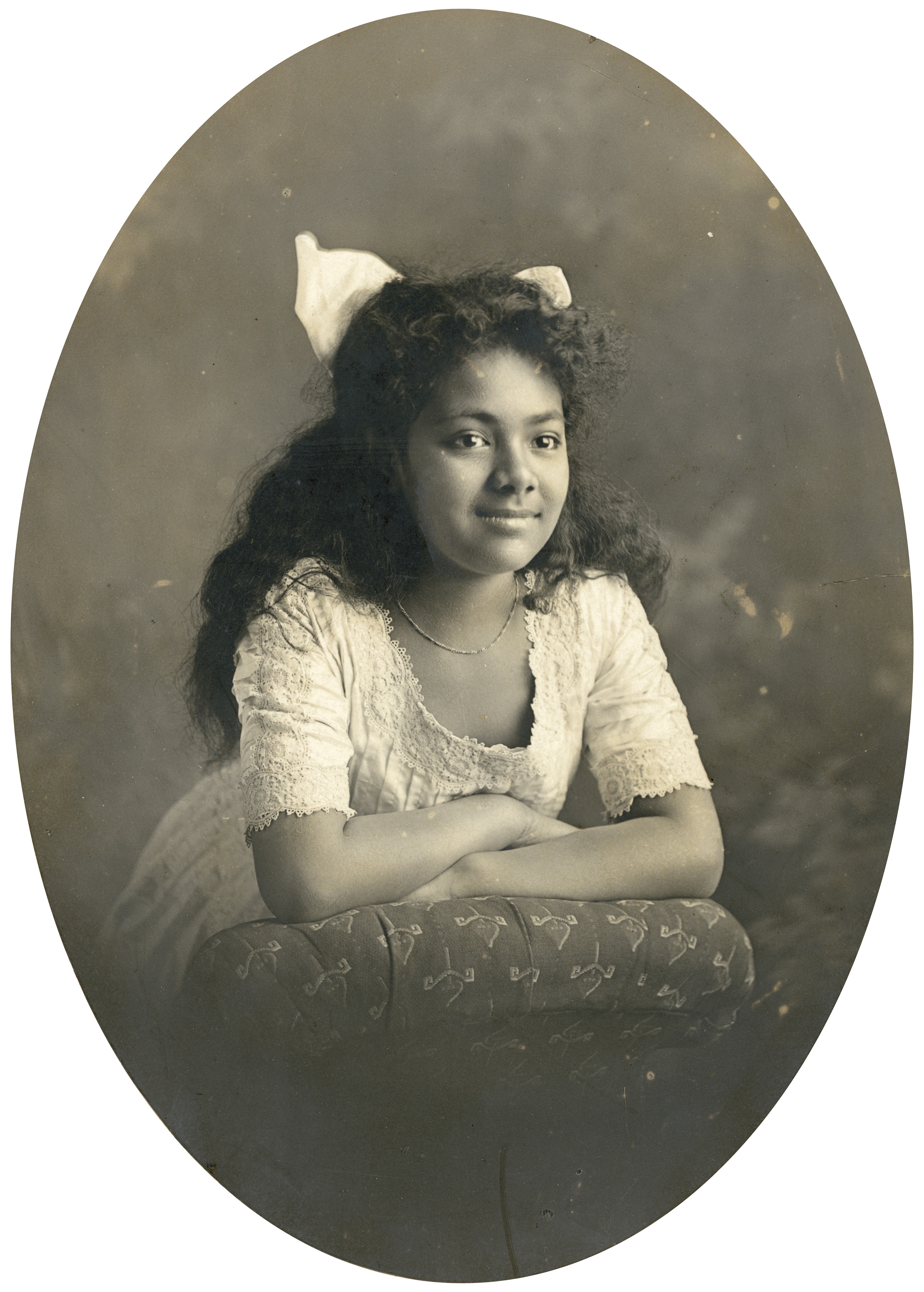 When she was fifteen, Salote’s family brought her back to Tonga to receive a “Tongan” education. She enjoyed listening to the old chiefs sitting around the kava bowl telling stories. Traditional punake (composers of poetry, music and dance) taught her the techniques of classical Tongan art forms. Salote began to compose songs herself. One of her most famous compositions is a poem called Loka Siliva (The Silver Lock), a love song she wrote for Viliami Tungī Mailefihi, the man her family had arranged for her to marry.

Salote and Tungī married when Salote was seventeen years old. Tungī was expected to be the perfect husband for Salote because he was older, educated and came from a royal family line too. In 1918, Salote experienced great joy as she became pregnant for the first time. She also endured great sadness when her father died. Suddenly, she had to learn how to be Queen, without her parents to help her. Though there were lots of people around, Salote felt great loneliness. “Who’s looking after you?” one of her family asked. “Everyone and no one,” she replied. “There’s no one person to talk to.”

On the morning of her coronation, Salote opened her Bible and read Psalm 23. More than ever she would rely on God to be her shepherd and help her through this momentous time.

Salote faced her first dramatic moment as Queen in 1918 when an influenza epidemic hit Tonga. The disease killed ten percent of the population, including members of Salote’s extended family. What an overwhelming year for Salote: married at a young age; pregnant with her first child; her father passed away; she became Queen of Tonga; and her nation experienced a major catastrophe … No wonder she leaned so closely on God. 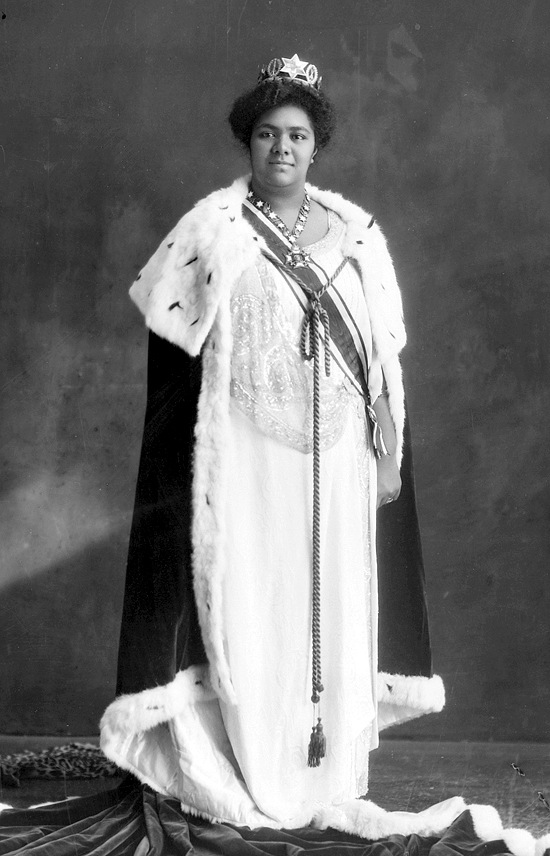 Some of Tonga’s chiefs doubted this inexperienced teenager could lead the country. They were worried that a foreign country like Britain might try to take over and some even wanted to dethrone her and set up a new system of government. But Salote knew her weaknesses, listened to her advisors and got to work making positive changes in Tonga. She united the two main churches, helped establish a Pacific medical school in Fiji and started a Teachers Training College. In 1926, she established Queen Salote College so girls could get a quality education and have a say in the future of Tonga. She also encouraged women to use traditional crafts like ngatu and weaving as a way to earn income for their families.

Salote loved the arts and formed a drama club, Hengihengi ‘a Tonga (The Dawn of Tonga) that performed Tongan legends. She composed poetry and dances and many of her poems and songs are still heard in Tonga today. “Queen Salote is one of the greatest literary artists Tonga has produced,” said Professor Futa Helu. She formed the Tongan Traditions Committee to research and look after Tongan culture. “The customs of a people are its heritage,” she often said. “I wish that all Tongans should realize the importance of full knowledge of our traditions.”

She also believed in the importance of education. She built new schools and established scholarships for students to study overseas. The Department of Health, a Land Court, a Savings Bank and the Tongan court system were set up during her reign. At first she used overseas experts to run these organisations, but whenever she could, she replaced them with Tongan graduates. Tonga now has one of the highest rates of PhDs in the world.

In 1936, her son died of rheumatic fever and in 1941, her husband Tungī died suddenly after a heart attack. These were terrible tragedies for Salote. “I’m the only one here to meet this great wave and it seems I’m going to drown,” she said. But she didn’t drown; she leaned even closer to God and fought hard to overcome challenges in her personal life so that she could serve her people. 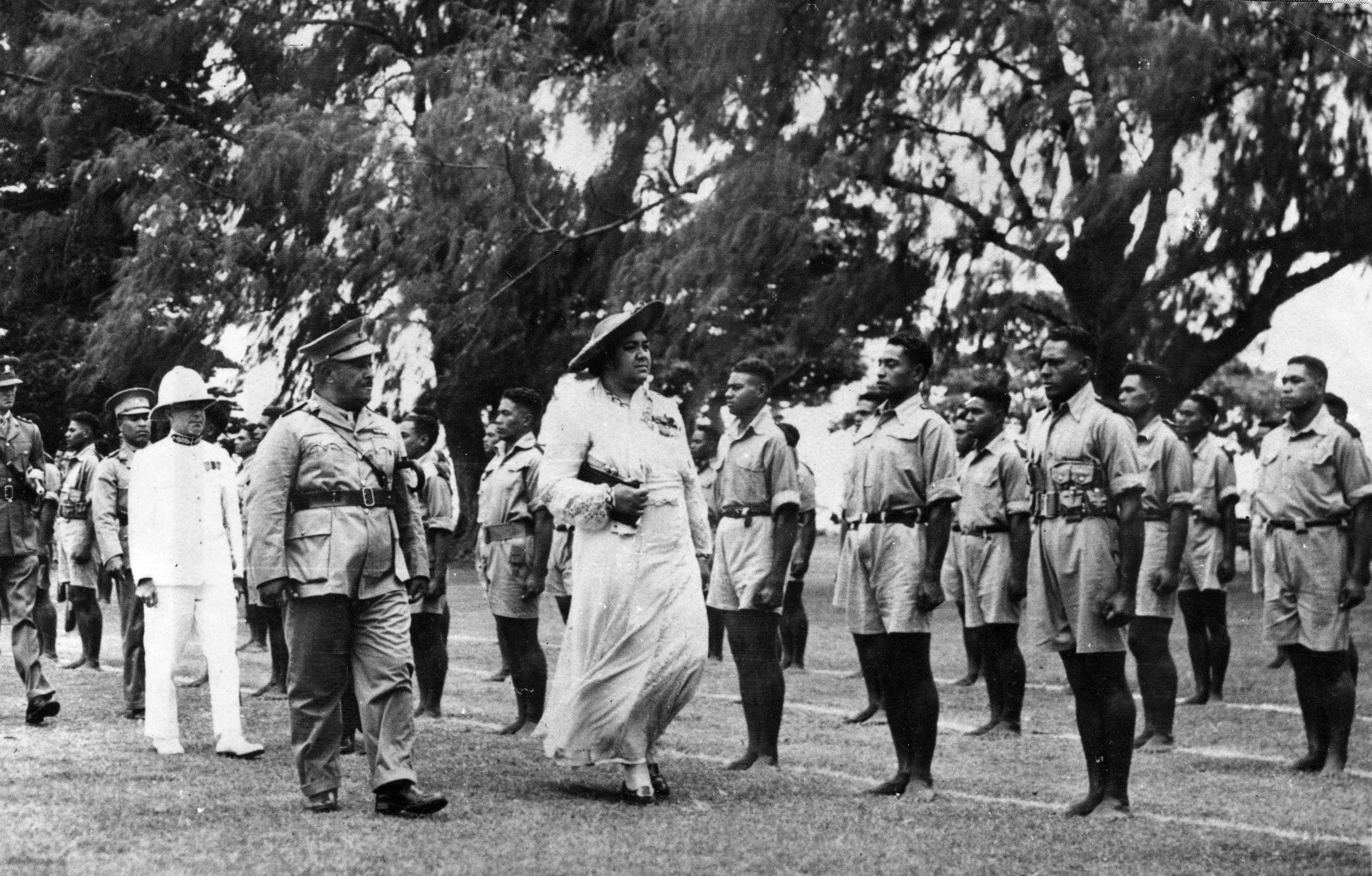 “You lay down obligations only in the grave,” she said. Maybe that’s why Queen Salote had such empathy for others who were suffering. She sent gifts to widows, to the sick and to the elderly; she visited the families of prisoners; and she supported nuns in their work helping people. “The real essence of being useful is the love within,” she said. “With love you can serve people and be useful.” Salote cared greatly for the Tongan people and wanted to know how they felt about things. Sometimes she went out in disguise at night so she could listen to what people were saying about life in Tonga.

In 1965, Queen Salote was diagnosed with cancer and she passed away on 16 December in Auckland. Many people believe there will never be another leader as loved by the Tongan people as Queen Salote was. 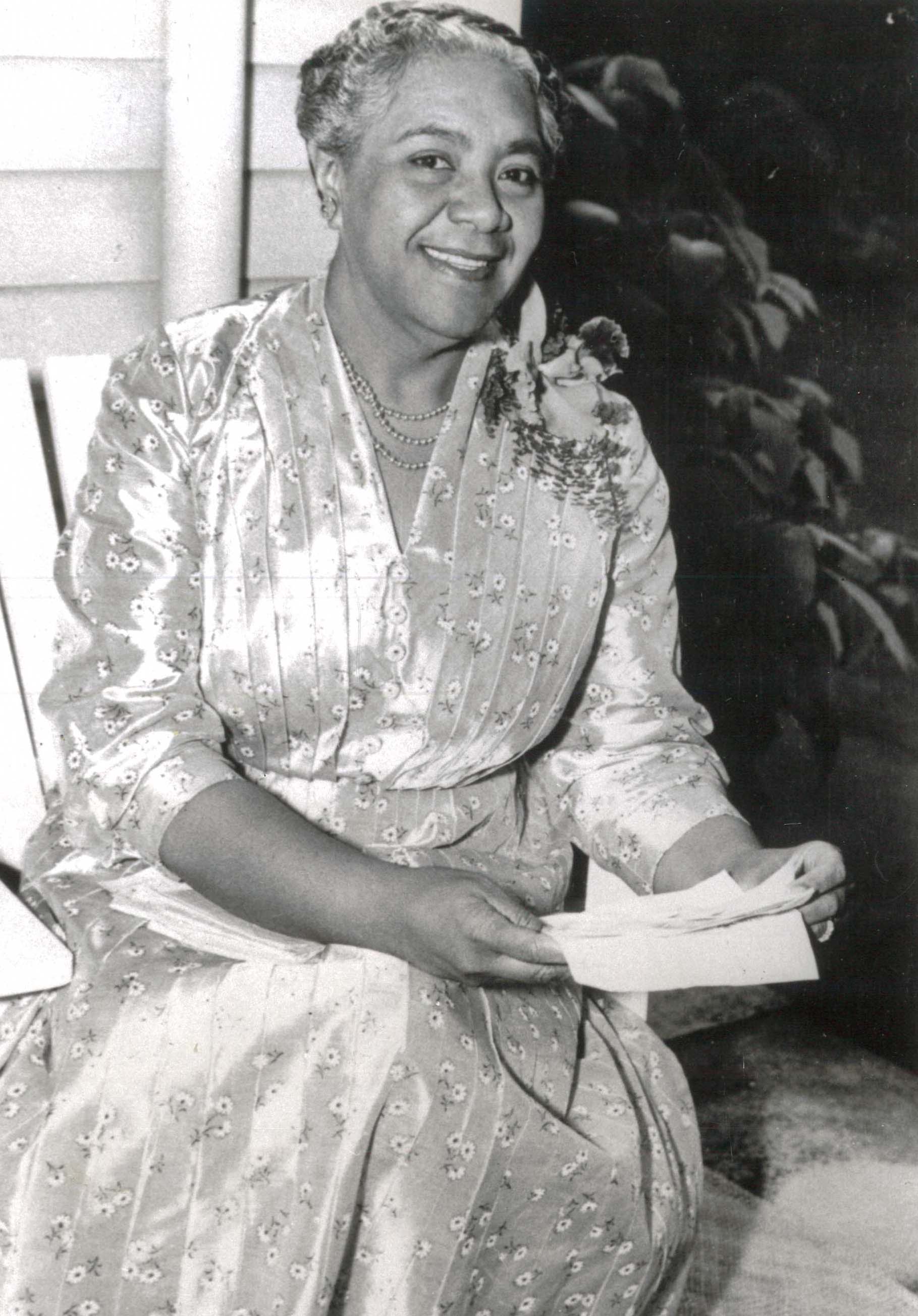 This week I was invited to St Mary MacKillop School in Mangere as their “Author of the Month.” Year 7 student librarians Mary-Jane, Luaipou and Justine sent me an email asking if I could visit because they want their friends and peers to read more. Like Queen Salote they believe in the power of education and literacy.

“We have a slight problem in our school library,” they wrote. “Most kids are only entering the library to colour in pictures or use the computers. We need your help to motivate the children of St Mary Mackillop Catholic School to start reading. We have recently purchased some of your wonderful books and it would be awesome if you could take time out to visit our school and talk about your journey and why our students should come to the library to read more. We believe at our school that reading is important to both the mind and brain and who knows, some may even become great authors. We would be super grateful for your help and thank you for your valuable time.”

The students also filmed interviews they did with other students about why reading is important and showed it at an assembly they organised as part of my visit. 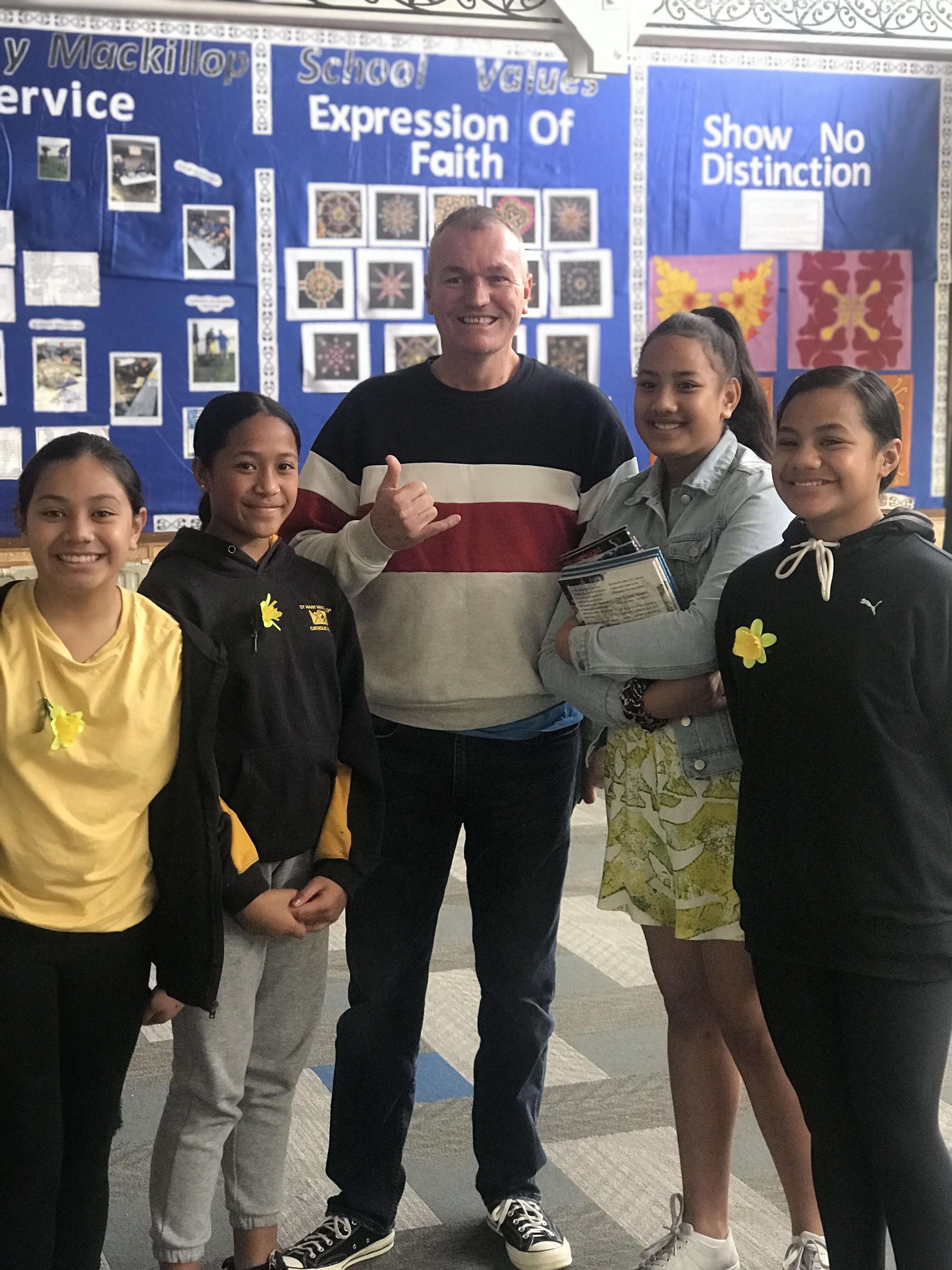 These young people are so inspiring! They have a beautiful love for their school and their friends and that’s why they took the time to do all this. They are today’s Queen Salote’s who know that an amazing future is ahead for their generation, and that education and literacy is vital to helping them achieve great things for themselves, their families and our world. Their sense of service and ‘ofa (love), taught to them by their families, makes them modern day heroes … and so is their teacher, Silo Metai-McCarthy, for nurturing, supporting and encouraging them all the way.

Malo ‘aupito (thank you so much) to the NZ Book Council for supporting this visit through the Writers in Schools project. You can find out more about this and book a visit for your school here: https://www.bookcouncil.org.nz/programmes/writers-in-schools/ 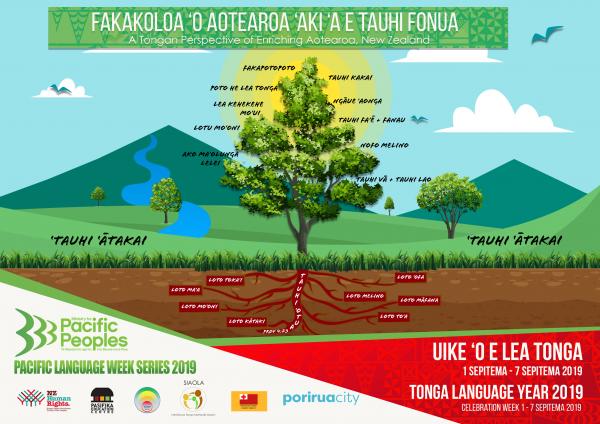