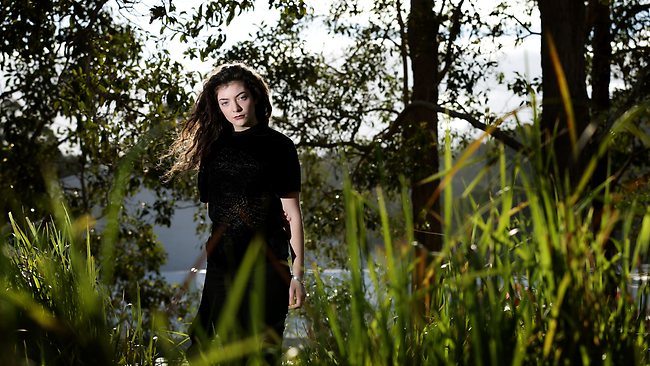 We have a saying in my Drama classes: “always say yes”. It’s to encourage us all to be brave, take risks, explore and try things. We might fail, but that’s fine . . . we learned something.

I felt inspired today when I heard about a moment of bravery by Kiwi teenager Ella Yelich-O’Connor [ better known as Lorde, writer/singer of the song “Royals”] .

At midnight last Friday she was at a party with friends in Auckland, with no special plans for the weekend.

Suddenly her phone rings. “Hi Ella, it’s me your agent.”

“There’s a big music festival on this week in Australia, called Splendour in the Grass. Frank Ocean was going to be performing but he had to pull out with damaged vocal cords.”

“Oh that’s too bad. I like Frank Ocean’s music.”

“The organisers of the festival want you to replace him. There’ll be about 10,000 people watching the performance. What do you think?”

“I’ve never performed at a festival before, and never in front of that size audience . . . OK.”

Ella [Lorde] is only 16 and still goes to school! That’s an awesome example of bravery and encouragement to me to say keep saying  “yes” to challenges.