The Olympics start this week and it’s also Cook Islands language week. In honour of both events, here’s a history of the Cook Islands in the Olympics, taken from my new book Olympic Islands. 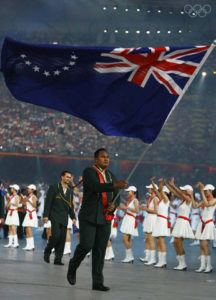 The Cook Islands competed in the Olympic Games for the first time at the 1988 Summer Olympics in Seoul, Korea. 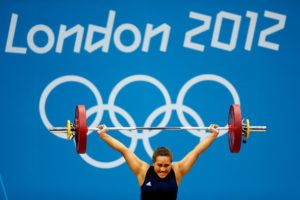 Luisa competed in the women’s 75kg category at the 2012 Summer Olympics in London. She finished in 12th place, equal to the Cook Islands’ highest ever placing in an Olympics.

“Waking up every day knowing that you’re at the Olympics is the best feeling ever,” Luisa said. “Think I’ve done good for my first Olympics.”

Luisa comes from Avatiu in the Cook Islands and attended Tereora College. She’s a living example of the school’s motto, “Kia Toa”. She’s strong and courageous in representing the Cook Islands on the world stage. 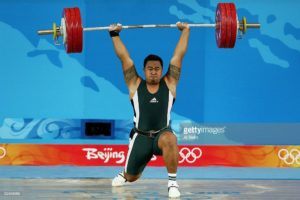 Sam Jr won their battle … but his father didn’t mind. “It’s just as well he beat me,” Sam Sr said. “My wife told me before we flew out to Australia that I’d be in a lot of trouble if I beat my son.”

How did Sam Jr feel? “I always wanted to beat my dad as he’s always set the standard for me growing up,” he said. “I’m really proud of what I achieved here and what he’s achieved throughout his career.”

Sam Jr showed how much he had learned from his dad when he made history himself at the 2008 Beijing Olympics. His 12th place finish in the 105kg Superheavyweight category is equal to the highest ever placing by a Cook Islander at an Olympics. 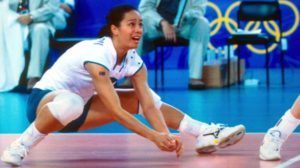 Christie is a Cook Islander who was selected in the Australian women’s volleyball team for the Sydney Olympics. She was just 17 years old  but was considered to be one of the best young international volleyball players in the world at the time. She played over 200 test matches for Australia. Christie’s family hails from Tautu, Aitutaki.

Would you like to read more about the history of Pasifika Olympians? Check out Olympic Islands, a celebration of the history and achievements of the greatest Olympians the Pacific has known. 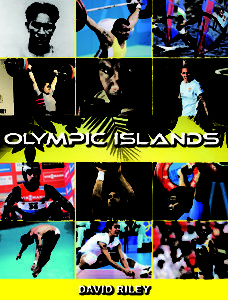