Thirty five train stations in France have installed vending machines which print short stories. The stories are free for people to read while they wait for their trains. Over 5,000 authors submitted stories for the machines. Passengers can choose whether they want their story to take one, three or five minutes to read. There are classical stories, poetry and fairy tales. 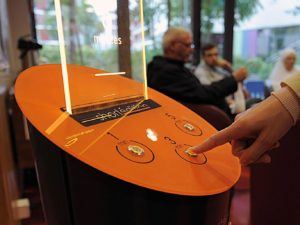 A survey in France in 2013 found that 17% of the population had written a draft for a book. Most of the manuscripts were unpublished but that doesn’t matter. There’s a lot of writers in France!

Maybe the vending machines are a way to encourage those writers to publish their books.

Contrast that with the ideas of Samoa’s prime minister, Tuilaepa Malielegaoi who is encouraging young people in his country to focus on sports. “In these days sports is no longer a leisure activity, it is a form of employment,” he said last week. “Our youngsters don’t often make it to the top in academic careers. So the alternative for them is to take up a sport.”

I really hope that the prime minister isn’t limiting the abilities of Samoan young people. Samoan young people I know, who were born in Samoa then came to our school Tangaroa College, are currently pursuing a wide range of careers including nursing, speech therapy, anthropology, acting and business. It can’t be just about sports when stats show that the numbers of young people who actually make a sustainable career out of sport is very small.

Young people rise to them.

Our young people need to know that we believe in them and that we’ll do what we can to support them in their dreams, whatever those dreams are. 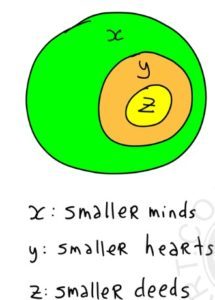