There are a lot of things that make me really proud to be a Kiwi. One of them was seeing what the New Zealand Maori rugby team did at the start of their game against Munster in Ireland on the weekend.

Munster have recently suffered a tragedy. In October of this year, their popular head coach Anthony Foley, died suddenly from heart problems. He was only 42 years old. “Heartbroken, we have lost an incredible man,” said one friend. Anthony left behind a wife and two sons. 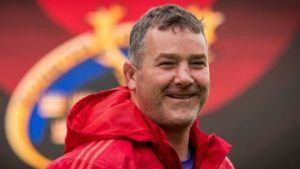 As the Munster team lined up to watch the Maori team do their pre-match haka, something really beautiful happened.

The Maori team formed an arrow shape with captain, Ash Dixon at the front. Ash and three other players walked forward on their own toward the Munster players. Ash had something black in his hands.

He knelt in front of the Munster team and laid out a Maori All Blacks jersey on the ground. On the back of the jersey were the initials “A.F.” (Anthony Foley). 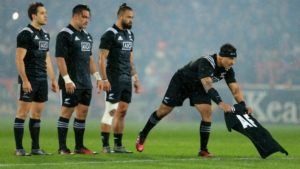 The Irish crowd clapped warmly as they realised the tribute the Maori team were paying to their fallen coach. Anthony’s sons then came on to the field and Ash folded the jersey and presented it to them. 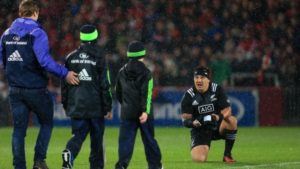 Has anyone ever seen something like this done on an international rugby field before?

You can watch the tribute here: